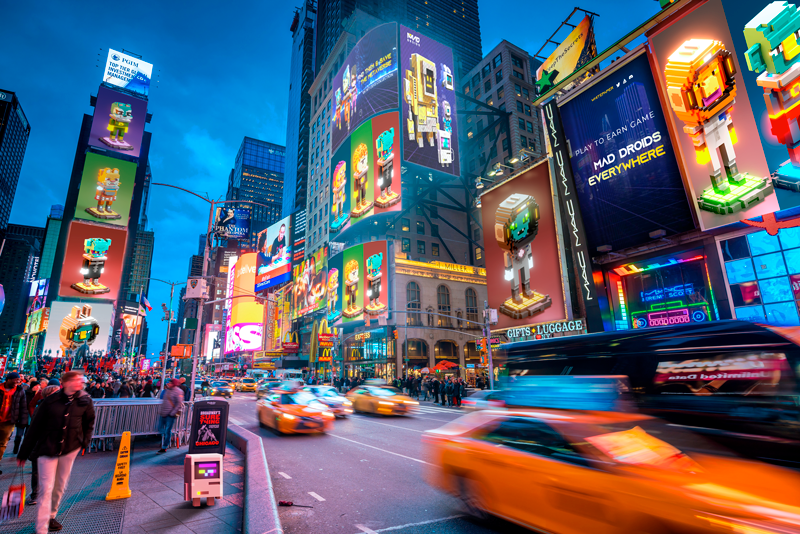 There are a wide range of problems that exist in both the physical and digital worlds that Mad Droids seeks to solve with one extensive ecosystem.

One of the main problems we are witnessing throughout the current blockchain gaming space is that most projects don't have a long-term vision and cannot sustain themselves through different cycles for a multitude of reasons. It's common to see a great idea, but often lacking a pragmatic and realistic approach to execute these ideas both at a high level and from a technical standpoint. This is why you witness a large amount of funds being raised, but delays and failure to deliver what investors were promised because money can't fix everything, especially poorly designed ecosystems and economies.

Adoption of Blockchain & Ease of Use

Current games are still requiring the average player to jump through many hoops and an unrealistic learning curve in order to get started. Some basic examples include setting up different wallets and pre-loading them with different currencies (often on multiple blockchains), which generally is overwhelming and a turn-off for onboarding new players. This non-linear approach creates confusion for the player and hurts the retention rate to keep the game and ecosystem from thriving.

In some top "play-to-earn" or "play-and-earn" games, players and scholars have reported feeling drained or sometimes enslaved to the game, as they are obligated to meet certain KPIs for the sole purpose of collecting a paycheck. Gaming was never created to trap players into it like work and society is at a great crossroad through the emergence of gamified finance. Gaming at its core should be fun first, then potential rewards and benefits can be a bi-product of a player's contribution and participation. Many traditional game developers understand the importance of game economies and gamification (user experience), where the player is rewarded in-game for their efforts, contributions, commitment, knowledge of the game, and skill. Somewhere along the way, many blockchain games seem to focus too much on the financial aspect and rewards, instead of the gameplay.

Blockchain games are being released too quickly, focused too much on just raising quick funds. Unfortunately, this comes without proper planning and a sustainable, in-game economy model in order to find a healthy balance between reward emission rates, token utility, and in-game sinks or deflationary methods. A majority of play-to-earn or play-and-earn blockchain games have already begun to suffer this inevitable and slow death because if the foundation has cracks, at a certain point it will crumble. It's incredibly unreaslitic, unfeasible, and a technical nightmare to try to restructure a game and token economy once it has hit this point. This leads to many games having short hype and growth cycles. Everyone is rushing to get in, but eventually ends incurs unrecoverable losses, due to heavy inflation as more and more players are onboarded. The truth is not always pretty, but many models resemble more of a pyramid scheme and game developers don't do much to provide transparency into their system and model.

This is not only an issue just related to blockchain gaming, but around this bleeding-edge technology as a whole. Many individuals and companies are focused on extracting value for themselves, but not looking to create long-term value with and for their communities. A lot of games also extract value from players, which does nothing to contribute positively on a social level. They require players to spend a lot of money in order to win or to increase the odds of winning, creating what's known as a pay-to-win model. Often game knowledge and skills are not rewarded, nor are they reinforcing positive community contributions or engagement for a positive social impact, which may start online but ripples into the physical reality.

To further iterate on this problem, the reason why Mad Droids is inspired to bridge the digital and physical worlds is because there are an abundance of resources in the Metaverse, but we still see so many people suffering on a daily basis, lacking access to basic human necessities and resources.

Updated 06 Jan 2023
Did this page help you?
Yes
No
UP NEXT
Community
Docs powered by archbee